Exiting The A.S.A.P. Lane Episode 16: Will Parkinson: The Yellow Brick Road on One Leg 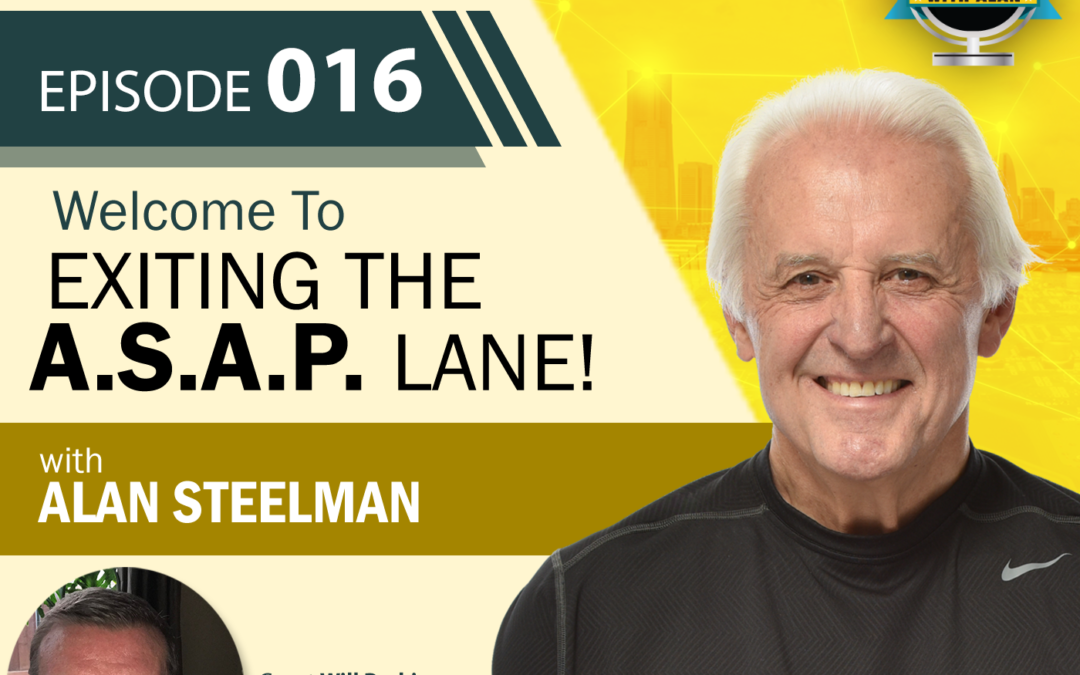 Will Parkinson, my guest is a very successful businessman, yet, I think he will tell us that his life story is very much that of the Wizard of Oz story, including spending much of his adult life seeking and using false wizards to deal with a physical handicap along with the stress and anxiety that go with building a successful business and raising a family.

You will also hear about a miraculous physical and mental recovery brought about by his recent adoption of yoga and meditation. Will grew up on the Mississippi River, living an idyllic life of sports, fishing and hunting. He was inspired, as so many of us were by the stories of Tom Sawyer and Huckleberry Finn. As you hear about his life, you will see that he suffered a life-altering event as a 16 year old when he lost a leg in an accidental shooting incident. Adding to the trauma of the incident was that he was a 3-sport athlete in school and had to give up all three. You will also hear about a childhood friend who drowned in the river, further adding to the childhood traumas. He and his wife, Ashley have five children, and Will has commented on the strain that his physical challenges and the various medications have placed on their marriage and home life. The list of illnesses and medical conditions accumulated over his life is a long one, and he will elaborate on them during the course of this program.

In this episode you will learn about:

–A purely serendipitous meeting that Will says “changed his life”.

–Why he has become a believer in the axiom, “If you can breathe, you can do this.”

–How his childhood traumas become toxic and altered his life in very dramatic ways.

–The effects, both mentally and physically on his life

–How finding refuge in his work added to the accumulating toll that stress and the lack of exercise was taking on his body.

–His advice for type-A driven business and professional people who focus on accumulating “things” to the detriment of their health.

–The miraculous physical and mental transformation in his life, and how calming the “monkey brain” curbed his emotional eating and has led to a dramatic weight loss?

You will be inspired by his story and the resilience which brought him to a life-changing event in his life and the miraculous physical and mental benefits which followed.