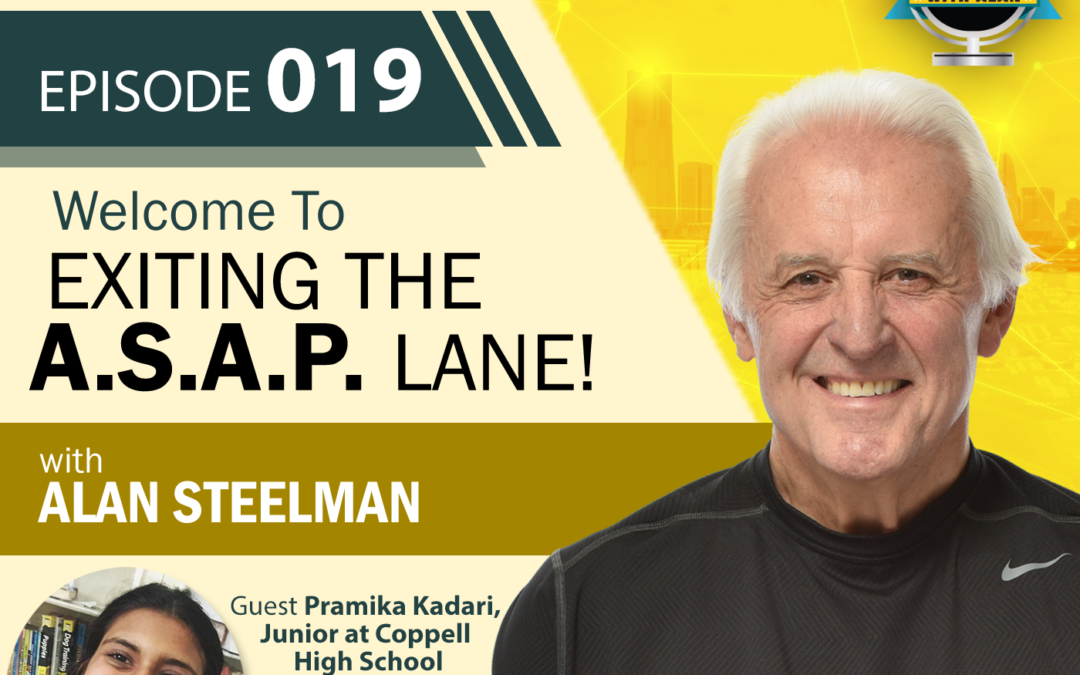 Pramika Kadari, my guest today is a gifted and special young woman, with a bright future ahead of her. She is a junior at Coppell High School , a vibrant and thriving suburb in the Dallas-Ft Worth area. All of us have been teenagers, either in the recent past or the distant past. We’re all very familiar with teen angst and the many things that were both major and minor stressors to us during that period of our lives. Pramika is living that life right now and as we all did navigating her way through what many of us would say was the most challenging part of our lives.

Life in the digital age is creating an unprecedented level of stress and anxiety in today’s teens. On top of the rapid changes to their bodies and hormones is the non-stop information overload that we’re all dealing with. A recent study by the Pew Research Center found that 70% of teens see depression and anxiety as major problems among their peers. It was consistent across gender, race and income lines.

Among the issues identified were increased social media use, academic pressure and frightening events like terror attacks and school shootings. Another study released in 2017 found that children and adolescents admitted to children’s hospitals for thoughts of self-harm or suicide had more than doubled from 2008 to 2015.

Pramika is the copy editor of the school’s Sidekick Newspaper. She enjoys writing (both creatively and journalistically), reading, and watching films and TV shows. Her favorite book is Ender’s Game. While she does not have a favorite film, her top 5 include Eternal Sunshine of the Spotless Mind, Titanic, and Revolutionary Road. In college, she hopes to study both Film and English. In the future, she hopes to be a filmmaker and novelist. Pramika wrote an opinion piece for the Dallas Morning News recently on the topic of teen suicide and a Netflix series 13 Reasons Why. She said it is “damaging, dangerous and should not be allowed on the air for a 3rd season.

In this episode, you will learn:

-Why she feels so passionately that the 13 Reasons Why TV should be taken off the air?

-Her views on the reason for the alarming rise in teen suicide rates and causes.

-Where she feels social media stress ranks as one of the causes.

-Where academic pressure, standardized testing, making good grades and getting into the right college rank as stressors.

-Are school shootings and terror attacks among the causes in her school?

-Teen drama and all the time dealing with it and what she means by that.

-Is cyber bullying an issue?

-Her views on the current college-entry cheating scandal