PTSD and Toto to Rescue Once Again/Patriot Paws 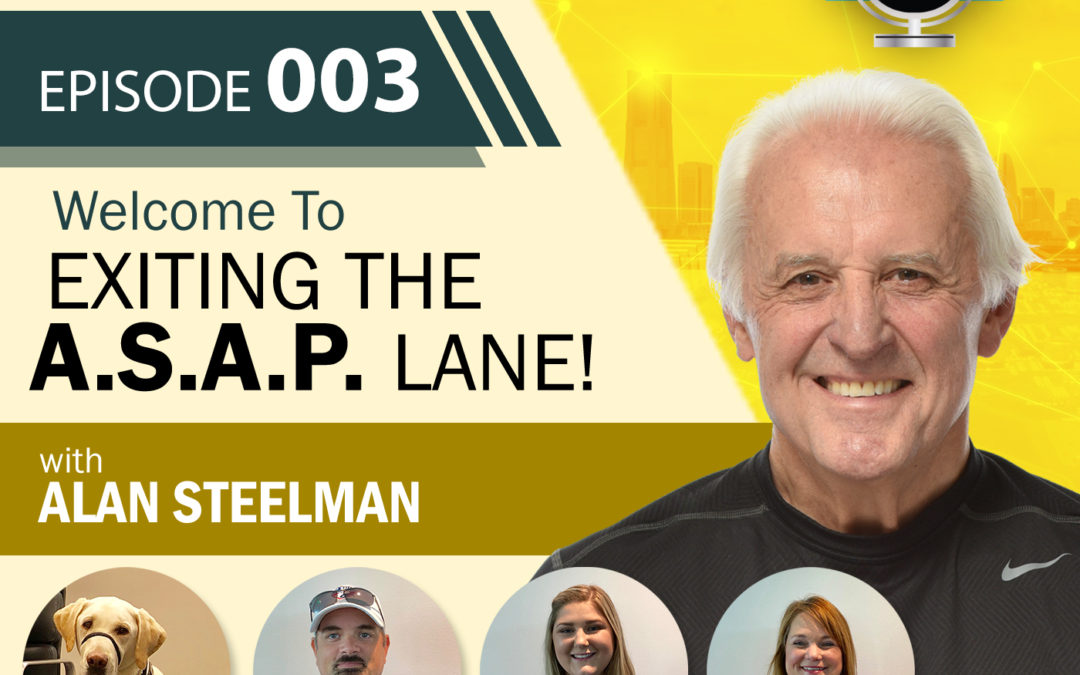 In the Wizard of Oz, the Good Witch Glinda tells Dorothy and Toto, that this is land of great beauty, but, can also be dark and terrible. That is true of life and it can especially be true for a trauma survivor. Toto was the hero in the Wizard story, and you may be surprised at how “man’s best friend” takes on a special meaning with trauma survivors. Trauma comes in many forms, including cases of prolonged verbal and sexual abuse, rape, loss of a loved one, and of course, the one that we are most familiar with, trauma survivors from war and combat missions.

This is our topic for today, and are you are really in for a treat, because you are going to meet an organization that is in the forefront of the effort to assist returning veterans and equip them with better coping skills, you are going to meet Aaron Mixell, a 22 year veteran of the U.S. Army, and you are going to meet Aaron’s very own Toto, Chief. As a program teaser, let me say having met and heard Aaron speak on his experience and the traumas he experienced, you will never hear anyone more articulate on the causes, effects and everything else associated with PTSD. You will leave this program more informed and educated on this topic than ever. Aaron says that Chief saved his life. He will expand on that during today’s session. The organization that trained Chief is Patriot Paws. Sharon Satterwhite, Director of Development and Sarah Mathers, Development Assistant are with us today. Welcome Aaron, Sharon and Sarah.

In this episode you will learn:

–About the mission of Patriot Paws and how Chief and so many other graduates of your program here are integral to helping deal with this national crisis of PTSD.

–How the puppies come in to your program at 6 weeks old and then go through all the way to a formal graduation ceremony and assignment to a partner.

–About the “planes, trains and automobiles” concept as it relates to their training and graduation

–About career changes for those that for whatever reason don’t graduate?

For example, the Dallas D.A. case, where the dog loved children and found a new career?

–That dogs have teenage years, just like kids do, with all the attendant behavioral issues that go with that?

–Aaron served 18 deployments over his 22 years in the U.S. Army. This includes the Gulf War in the early ’90s plus Iraq and Afghanistan and a number of others. In addition to his military career, Aaron Mixell, USA, Sgt. First Class, Ret., served 20 years of active duty as a U.S. Army Ranger, spending over 15 years deployed to various locations overseas.  While deployed to Iraq, Aaron was injured in an IED blast.  He suffered multiple injuries during this and other combat related incidents, including Traumatic Brain Injury (TBI) and Post-Traumatic Stress Disorder (PTSD).  Thanks in large part to Chief’s presence in his life, Aaron’s mobility and stability is much improved as is his PTSD.  After a long, difficult recovery, Aaron now works with the Patriot PAWS staff as a Veteran Coordinator and is enjoying life with his wonderful wife and six children.

From Aaron you will learn:

–You often don’t know that you have PTSD, until you come home, and that it doesn’t necessarily come from just one incident

–There are four types: caused by an incident, accumulates over time, combat isolation, entitled generation.

–About the impact of the isolation syndrome: going to a remote, desolate, isolated place half-way around the world w/o the social network that one was accustomed to.

–Technology and going from instant gratification with the internet, a PDA and social media apps to poor technology and the impact of then dealing with “slo-mo” as it is described.

–How Chief, yoga and meditation saved Aaron’s life and continue to nurture him